Hrönn Egilsdóttier is a deep-sea ecologist working at the Marine and Freshwater Research Institute (MFRI) in Iceland, specialising in ocean acidification and its affects on marine organisms. We were interested to find out more about science-policy interactions in Iceland, and whether there were any local lessons we could apply on a global scale, so we sent her a few questions – her fascinating insight is shared below.

In my work at the Marine and Freshwater Research Institute in Iceland I study the biodiversity and ecology of deep-sea biota (mostly benthic organisms), e.g. in the context of climate change and ocean acidification. I also study hydrothermal vents and the communities we find on and near such ecosystems.

The MFRI conducts annual fish trawl surveys where information is collected on commercial and non-commercial fish populations. The annual deep-trawl survey now also includes monitoring of the deep-sea benthos that get caught in the trawl. Hrönn is holding an Atlantic halibut (Hippoglossus hippoglossus) and Atlantic wolffish (Anarhichas lupus).

The dynamics of the science-policy interactions in small countries differs from what you’d see in the US and most countries in Europe for example.  In small countries, such as Iceland (pop. 350 000) you have only a few experts on any given topic of science. This leads to scientists often being required, or feel the need, to take on an active role in informing policy-making processes. During my PhD studies I was (and still am) the only expert on the biological effects of ocean acidification (OA) in Iceland. OA was emerging as a serious environmental issue at that time, so I was already taking on an active role from early in my PhD studies. Now, working for a governmental institute, the scientific work we do may feed directly into policy-making processes.

Again, things differ for small countries where the dialog between policy makers and scientists is most often direct and not as formal you would expect in large countries. People are more connected. In Iceland, you might see the president in at the swimming pool one afternoon and it’s not even likely to be the highlight of your day. An active dialog between ministers, ministries and experts is the most important approach I have been using.

Policy makers have to make decisions on a variety of subjects. A major challenge for scientists in general, in this age of information-noise, is to create information packages that give policy makers the suitable information and also gets them interested in the subject. 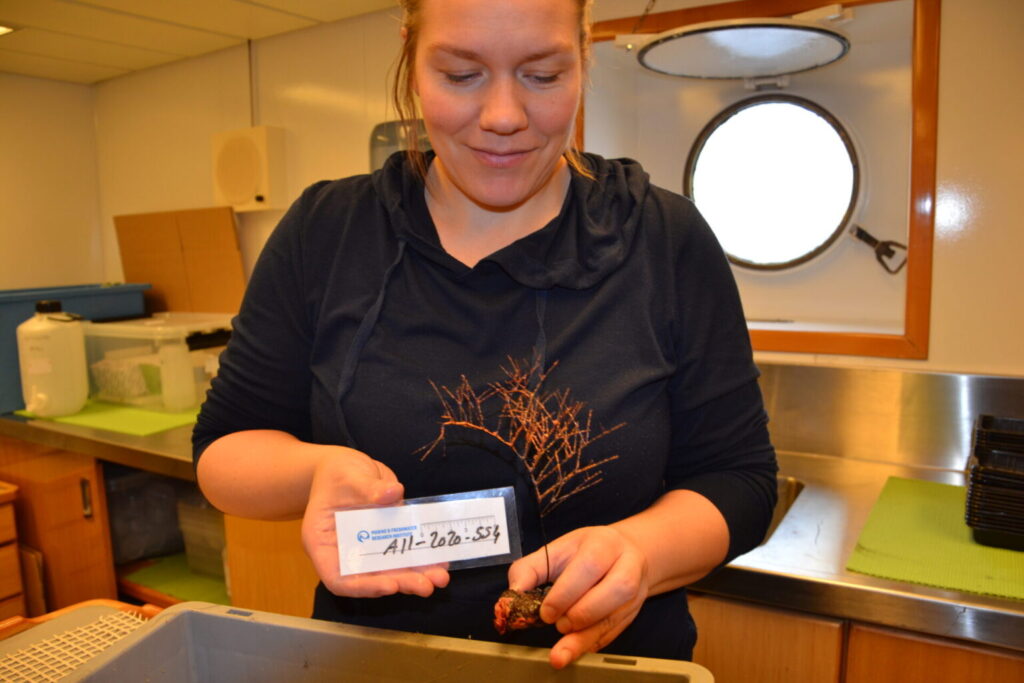 I think that science should play a much larger role in ocean governance on a global scale. Too often we see a fingerprint of stakeholders, who do not understand the importance of sustainability, on policy documents. Thankfully, many stakeholders do understand the need for sustainable exploitation. I think that scientists do have to take on a more active role and ensure that scientific information is not discredited or dismissed in ocean governance.

In Iceland, the fisheries management system is a role-model for a successful science-policy interaction. In general, stakeholders understand the need for sustainable fishing and call for the government, that allocates quota for certain fish populations, to heed the advice of the Marine and Freshwater Research Institute and ICES.

I would suggest finding an opportunity to learn from experienced scientists who have been actively engaged in science-policy processes about how the process works.

Hrönn Egilsdóttir is a member of the DOSI Climate Change and Fisheries working groups. View her ResearchGate profile here.