From a United Nations internship to TED Talks, the DOSI Executive shares her remarkable journey 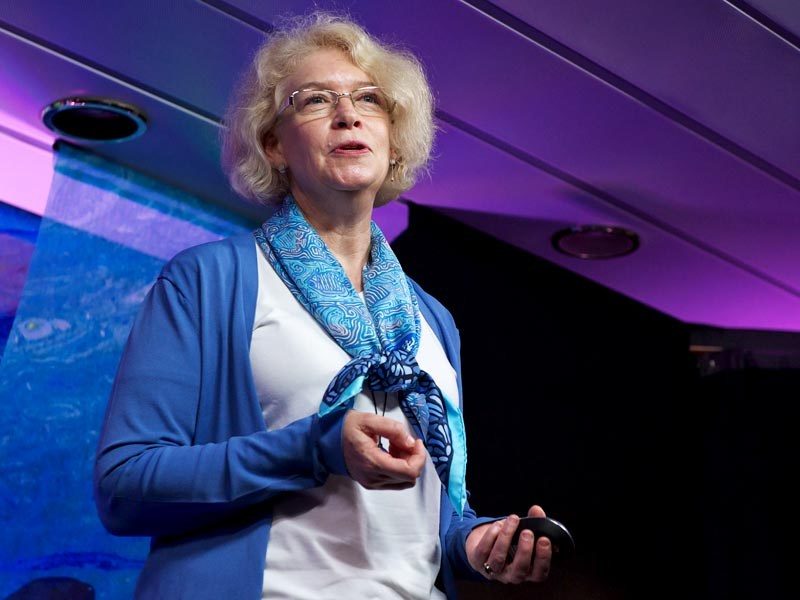 Kristina Gjerde is a High Seas Policy Advisor for the International Union for Conservation for Nature (IUCN). Among her additional roles, she is on the Executive Board of the Deep-Ocean Stewardship Initiative (DOSI), bringing her wealth of experience in international environmental policy to help DOSI advise international proceedings on the sustainable management of the global oceans. She has been instrumental in raising the profile of the high seas, both within a legal framework, and amongst the general public, delivering a TED talk Making Law on the High Seas in 2010.

During law school an internship at the United Nations Institute on Training and Research (UNITAR) led me to study the role of remote sensing operations in supporting peacekeeping efforts. This work introduced me to the power of international collaboration combined with technology to solve global challenges. After law school I practiced international shipping law for a few years, but my first scuba dive in Palau made me realize I’d rather defend the fish and corals than the ships. My efforts to use international law as a tool to protect tropical corals took a new turn after I saw my first video of bottom trawls trashing deep-sea coral reefs in 2001. Since then I have focused on ways international law could be used to enhance the protection of high seas, deep-sea species and ecosystems beyond national boundaries, and to ensure that human uses are sustainable. 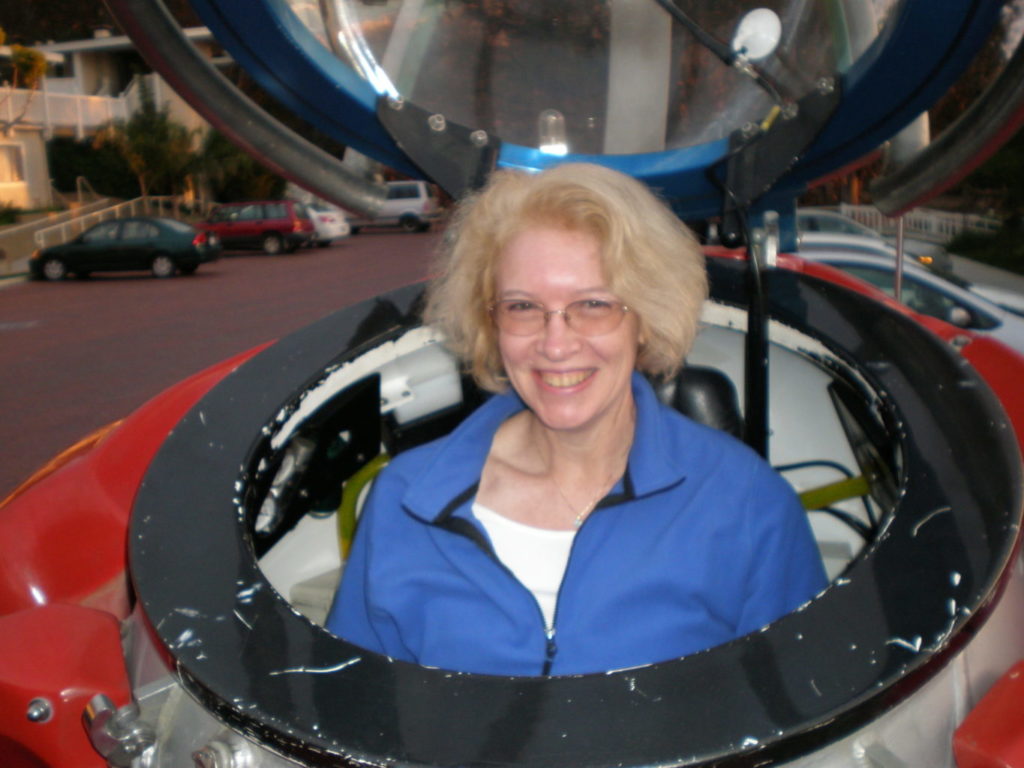 Kristina at a Pew Fellows meeting in California to which marine biologist and explorer, Sylvia Earle, brought a Deep-Ocean Exploration and Research (DOER) sub

My exit from the law firm world was through a Marine Policy Fellowship at the Woods Hole Oceanographic Institution. I was thus able to land in the perfect place for science, technology, and policy. I learned about tropical corals and hydrothermal vents from Fred Grassle, one of the founders of the Census of Marine Life, a 10-year international effort undertaken to assess the diversity, distribution, and abundance of marine life.  Fred introduced me to scientists engaged in the Census of Marine Life, whom I worked with to broaden awareness inside the policy arena of the importance of this effort—many DOSI members, such as Paul Snelgrove, Craig Smith and of course Maria Baker, I met then. I should also say that I greatly benefited from a Pew Fellowship in Marine Conservation that allowed me the freedom to pursue my dream of international law for the high seas with the added benefit of annual meetings with some of the leading ocean scientists.

My own attitudes have evolved significantly. I started out thinking that we could address the challenge of conserving ocean life on the high seas and in the deep ocean just by working through existing institutions. But after spending time seeking to advance conservation issues related to shipping and fishing at the International Maritime Organization and the UN Food and Agriculture Organization, I realized that these disparate efforts were not enough to secure comprehensive protection for priority areas in the high sea and deep seas, or to secure ecosystem-based and ecologically-sustainable management. Many others have shared this journey with me and are eager to move beyond the status quo; to create a robust global agreement enabling the establishment of systems of MPAs in ABNJ, as well as mainstream biodiversity protection and ecosystem-based management into the mandates and actions of all.

The DOSI BBNJ Working Group is already doing an excellent job (find out what they are doing here). In addition, to secure a continuing flow of science and information to UN delegates and the public, DOSI and IUCN established a series of webinars, three so far, on key issues under the BBNJ agreement. These have brought together DOSI deep-sea experts with international legal experts and others with the aim for all to better understand the UN Treaty on the Conservation and Sustainable use of Marine Biodiversity Beyond National Jurisdiction (the High Seas Treaty), to address potential points of divergence, and to build ambition for the Treaty. The webinar series is available here, and DOSI publications available here. More policy briefs, articles and webinars are under development, so please stay tuned (sign up to the DOSI newsletter here). 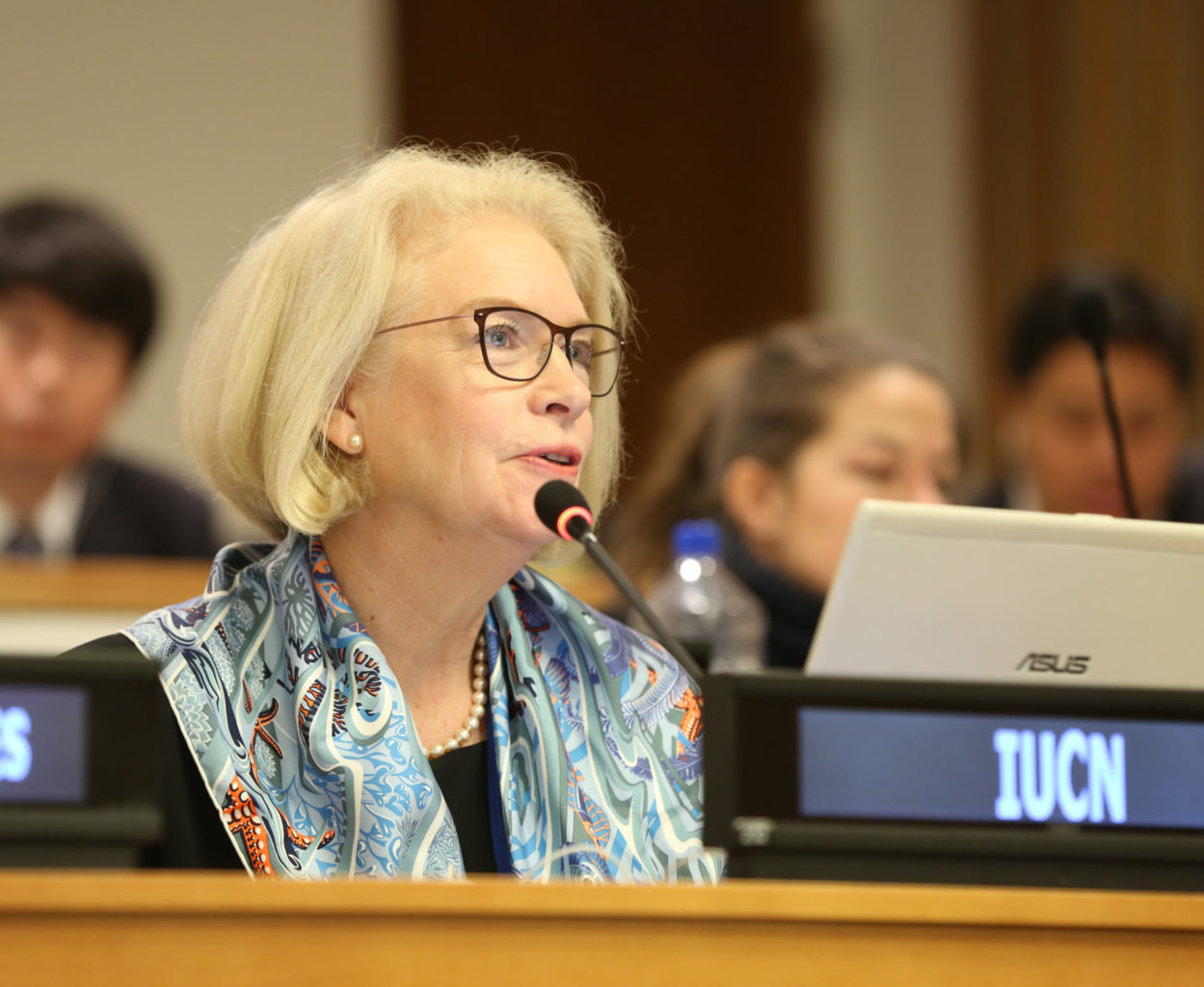 Science can and should play a central role in ocean governance. The ocean, especially the deep and open ocean, remains poorly understood. For example, we all know environmental assessments are a key tool for science-based decision making, but in most areas of the deep sea, knowledge is poor, uncertain or inadequate. Once such example is a recent article I co-authored with many DOSI scientists and others “Midwater ecosystems must be considered when evaluating environmental risks of deep-sea mining”. Hence further international scientific collaborative ventures are essential to ensure we understand how things work, how the ocean is connected, and how to better manage the ocean for the benefit of all in the midst of rapid change.

I would like to tell you about three, if I may.

First, deep-sea bottom trawling. What really captured the eyes and ears of the policy makers at the CBD and the United Nations were photos and stories about the beauty and fragility of deep-seabed ecosystems, and their vulnerability to heavy trawling gear. Everyone could understand the need to study something before it is destroyed.

Second, deep-sea scientists like Fred Grassle and phytoplankton experts like Penny Chisholm were able to alert the world to the potential impacts of ocean fertilization on deep-sea and phytoplankton communities; such operations would have disrupted vital biogeochemical cycles and indeed made climate change worse. Information from ocean scientists helped to secure some controls on open ocean research to ensure it was legitimate, and to put large-scale efforts on hold until the effects were better understood. Unfortunately, some have already forgotten these scientific warnings.

And third. The BBNJ process arose from the findings of the Census of Marine Life, both in relation to the deep sea but also to the increasing ability to tag and track mobile animals and ecosystems on the open ocean. Putting a face on the high seas and its inhabitants, and providing a basis for its future management and governance, helped to underpin the CBD effort to describe ecologically or biologically significant areas in the open ocean and deep sea, and to launch negotiations for the BBNJ treaty. 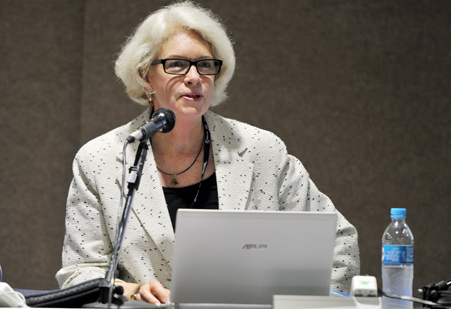 My advice would be: get involved. DOSI provides an excellent first step (sign up here). We have a general mailing list to receive newsletters and updates on new publications, plus the opportunity to engage directly through one of the 10 working groups: climate change, pollution and debris, oil and gas, deep-sea minerals, fisheries, deep-sea tailings disposal, the UN BBNJ negotiations, new technologies for environmental impact assessment, marine genetic resources, and the UN Decade of Ocean Science. You don’t need to be an expert to join. DOSI actively works to promote opportunities to work with scientists and policy experts from around the world, including by providing financial support for attendance at specific international meetings. Many DOSI members share my belief that building the abilities of early career scientists from all over the world to operate in the policy world is vital for the future of our blue planet.