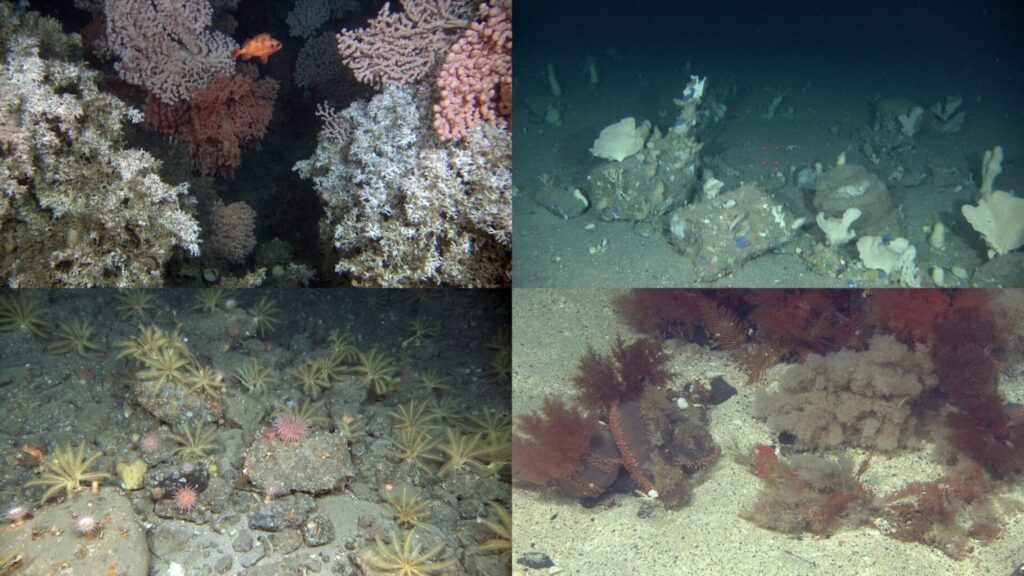 Many of you will have already heard of the MAREANO programme of seabed and habitat mapping (it has, after all, been around since 2005) but you may not be fully aware of the impressive extent of this programme and the example it offers as a posterchild for national investment in science-based marine management.

The Marine AREA database for NOrwegian waters (MAREANO) is one of only a handful of government funded seabed mapping programmes that exist in the world today and is very likely to be the most comprehensive. The Norwegian Government commissioned the programme as an extensive data gathering exercise to ensure that all marine management in Norwegian waters is based on scientific data. Consequently, it is not only about acquiring high resolution bathymetry, but also lays focus on biological, geological, and chemical observations so that assessments can be made about species and biotope distributions, environmental status, seabed substrates, sedimentary contamination, and vulnerable marine ecosystems (VMEs) among other things. 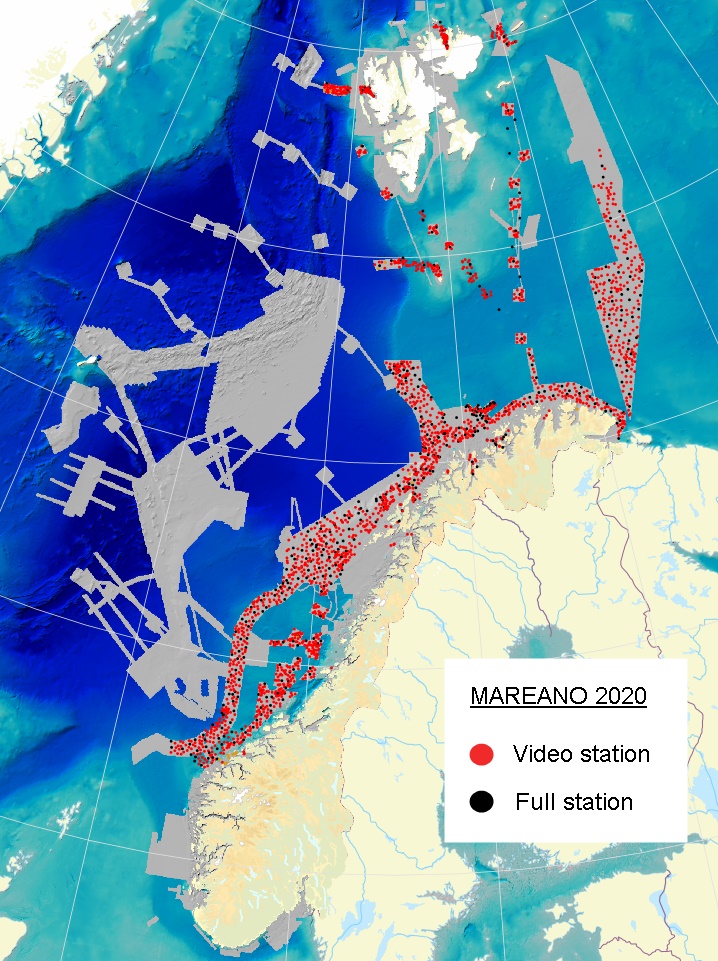 The map: Dots show the distribution of video and full (video and multi-gear physical sampling) stations to date. In the coming years MAREANO will be focussing on the recently multibeam-mapped northwest trending boxes and transects extending across the Norwegian Sea and Norwegian Mid Atlantic Ridge. You can explore the map in more detail here.

With two or three cruises every year, around 288 000 km2 of bathymetry data has been collected, with, to date, 2431 video transects within that area providing the lion’s share of the observational data. The density of stations depends on the environmental variability of the survey areas, and 10-20% of video stations are also sampled with Van Veen grab, beam trawl, Rothlisberg-Pearcy epibenthic sledge, boxcorer, and multicorer to compliment the information from the video transect.  This has resulted in a wealth of data and samples that grows every year.

After nearly fifteen years of surveys along the Norwegian shelf, continental slope, Svalbard fjords, and the Barents Sea, MAREANO is about to head even further offshore to the full depth of the Norwegian Sea and its Mid Atlantic Ridge in anticipation of managing seabed mining requests and extending the baseline data to the edge of the EEZ.

I am now two thirds of my way through a postdoc with MAREANO and have witnessed the products of this programme being incorporated directly into the Barents Sea Management Plan – one of three major marine management areas in Norway using an Integrated Ecosystem Assessment approach, requiring updates every four years and major revisions every twelve. For example, MAREANO’s observations of a potentially rare holothurian/ hydroid /bryozoan habitat on the Spitsbergen Bank has formed the basis for new targeted survey efforts and marine management discussions despite not being a ‘listed habitat’ on international conservation registries.

The habitats (Clockwise from top left): a recently discovered Desmophyllum pertusum (Lophelia pertusa) reef with Paragorgia arborea and Primnoa resedaeformis gorgonians from a 2020 cruise on Træna Bank, a hard-bottom sponge garden dominated by various sponges from the family Axinellidae also around Træna Bank in 2020, the potentially rare holothurian (Cucumaria frondosa) / hydroid (Thuiaria obsoleta) /bryozoan (Eucratea loricata) habitat on the Spitsbergen Bank, an aggregation of Heliometra glacialis crinoids on a stony reef east of Svalbard discovered in 2019.

As a postdoc, I have been given the freedom to roam and “make science” with the existing datasets, but I am also directly involved with, for example, a project commissioned by the Norwegian Directorate of Fisheries who are worried that current international lists of Vulnerable Marine Ecosystems (VME) might lend too much weight to some communities and overlook others. Consequently, we are now into the process of reviewing what should qualify as a specifically Norwegian VME using a back-to-basics approach.

Now that I have a more intimate view of the survey-to-policy pipeline, the conferences for stakeholders, the collaboration between multiple organisations, and the efforts to ensure that scientifically robust advice is given at all times, I am even more impressed that Norway has deigned to fund such a programme from its national budget. It is easy to see that there are clear benefits to ensuring a stable budget and stable partners for such a large and challenging task and the standardised baseline datasets that this funding provides offers a perfect basis for exploitation decisions and future monitoring efforts, not to mention scientific research. 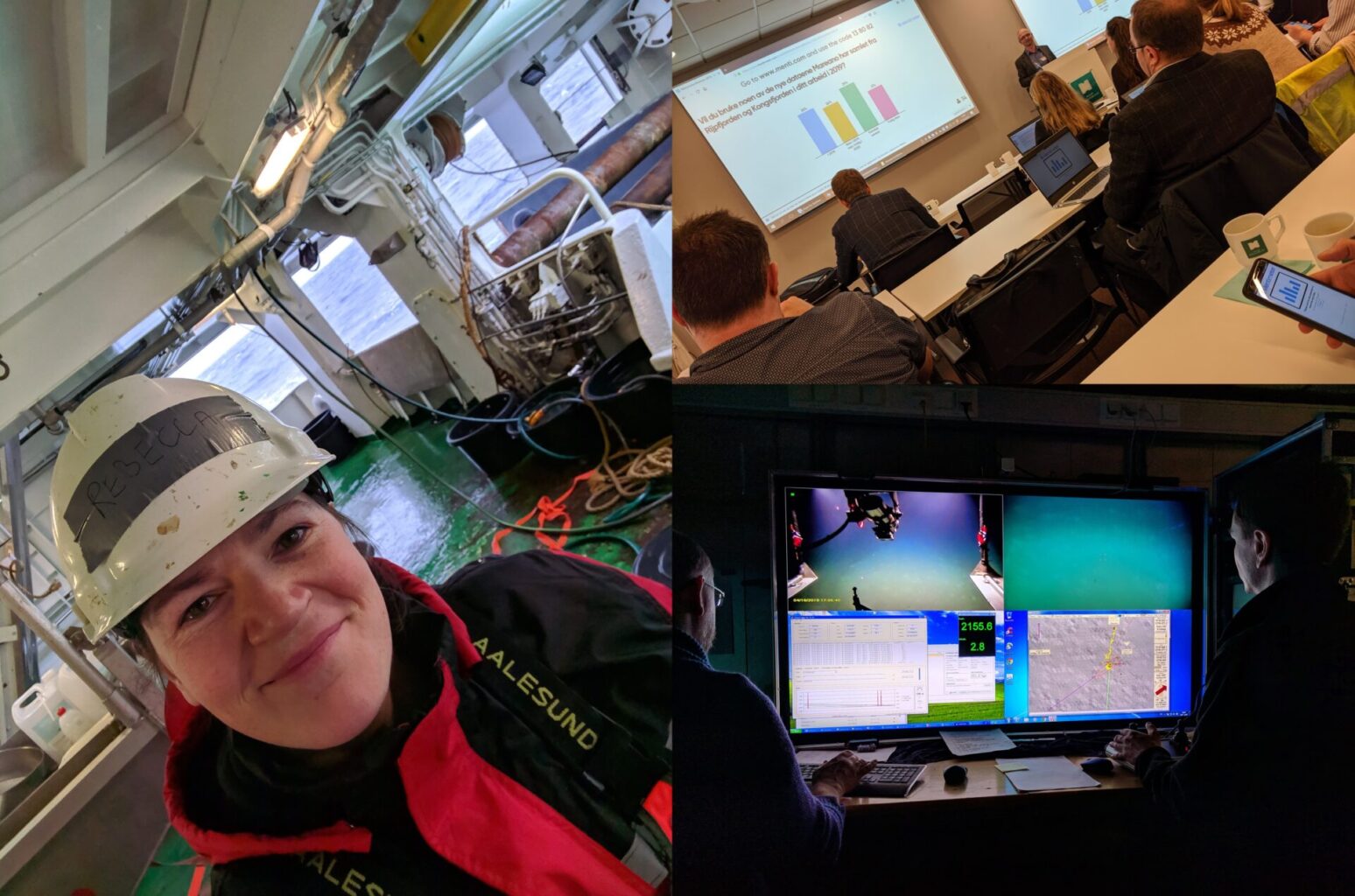 However, it is also clear that there are greater incentives to fund such work for nations that have a high economic reliance upon marine resources and that do not lack funds (a rarity, especially now as the world is faced with the coronavirus). Yet the collaborative spirit and the implicit trust it builds between research, government, industry, and conservation is very refreshing to see, and in my opinion offers something for all nations to strive for.

Find out more about the MAREANO programme at https://www.mareano.no/en

Rebecca is a member of the DOSI Fisheries working group. Find out more about their activities HERE.