A Virtual Performance of Song of the Ocean

“Science and art are natural friends: one often inspires the other.”

What is Song of the Ocean?

The Song of the Ocean was written to celebrate the ocean; it bridges science and art in the context of negotiations regarding future governance of the ocean. It was composed by Paul Mealor, known for his work for the wedding of Prince William and Kate Middleton (Music © Copyright 2020 Novello & Company Limited), with words (see below) written by internationally-acclaimed poet, Dr Grahame Davies, and informed by ocean experts Marcel Jaspars and Abbe Brown, professors of the University of Aberdeen and members of the Deep-Ocean Stewardship Initiative. The song was first performed at the University of Aberdeen in 2020 and revived with a global virtual choir for World Ocean Day 2021 (see video above), when it featured on STV News (below).

For World Ocean Day, 8th June 2021, the Song was performed by a choir of singers and signers – ocean professionals, advocates and enthusiasts – from around the world with the Philharmonia Orchestra, and with the generous support of the partners listed below. Further, it was officially endorsed as a UN Ocean Decade Activity as part of the 2021-2030 United Nations Decade of Ocean Science for Sustainable Development. This performance was be premiered on YouTube on World Ocean Day, 8th June 2021.

Find out more about the background behind this project here.

The virtual choir was drawn from around the world – ocean professionals, many of them DOSI members, and advocates united by song in support of our blue planet. We asked them what taking part in the project meant to them. Here is what they said:

“Music is moving and inspirational; it takes over where words leave us, and can enhance our perception of the natural world, driving advocacy and fostering empathy. The ocean needs us, and the Philharmonia Orchestra is proud to support the Deep Ocean Stewardship Initiative”

“This World Ocean Day, I am happy to be part of a global community that recognises, cherishes and celebrates the beauty and health of our oceans.”

“The ocean is our life-support system, so singing for the ocean was a fun way of paying tribute, reaching out and touching people at a different level than scientific fact and figures.”

“Adding our voice to this performance emphasizes the importance of the ocean to Tonga as our livelihood and our identity.”

“Being part of a global team of creatives, collaborators and scientists for the Song of the Ocean global virtual project this year has been a pleasure. It is remarkable that even through challenging times that people from across the world can collaborate, sing together as one and raise the awareness of the pollution of our oceans.

It has been a real privilege to be part of this extraordinary project and to have been given the opportunity to produce a short video for the Deep Ocean Stewardship Initiative (DOSI). Like in Grahame Davies’s text accompanied by Royal composer, Paul Mealor’s music, I hope that you too are taken on a journey whilst watching this inspiring video about our oceans and the fauna and flora that thrive in it.”

“Joining in this brilliant project was good fun and also a privilege. I love to sing and it is a great joy to use my voice in support of the ocean which I love and is also so important to our planet’s health.”

“This experience has pushed me to do something I probably wouldn’t have done in terms of recording myself but I thoroughly enjoyed the process of learning the song and proud that I was doing something outside my comfort zone and feeling that I am in some small way connected to the project and what it stands for just by taking part.”

“Taking part in the SOTO Choir singing an original song written for our ocean gives me joy, hope and energy to continue caring for our beautiful oceans.”

“Song of the Ocean is an amazing initiative in bringing ocean scientists and musicians together under a global platform to spread awareness about protecting our oceans. I have been thrilled and driven to take part in it, knowing that we all could make a difference together by reaching out to the world through this song.”

“Our beautiful coastlines, oceans and seas, showcase many unique, priceless treasures and magnificent creatures in their true beauty .Being part of DOSI project I hope to inspire others to strive, to preserve and to treasure these wonderful masterpieces for future generations to discover and to enjoy. “

“Since becoming involved with this song and the project, I have learned that without oceans we could not exist, this makes them and the life within precious to me. The song says it all and I believe expressing it in Sign heightens that.  I really hope the impact is powerful so that the future can be bright!”

“I was born, brought up and lived all my life next to the ocean. My family has lived from the ocean for over 200 years. I have seen the results of overfishing, waste dumping, mineral pollution, and now global warming. The song reflects many of the thoughts I have had about oceans and translating it to sign language for performance has focused those thoughts sharply. We should be coming together as one world to protect and support the oceans and all life”.

“I was brought up near the ocean, my husbands’ family were skippers, the song is a warning that we are not the most important people on this earth. We need to realise the harm we do to our oceans before it is too late. Signing the song is even more of a realisation of what is happening in our world. Let us all be as one in stopping this awful destruction”.

“I think the song is good to educate children about what is being lost if we continue living the way we are. The ocean is full of amazing creatures that will eventually go forever if we don’t change our ways. I enjoyed the challenge of learning to sign the song”.

“Our beautiful blue planet is habitable because of the oceans. I love the way this song captures the importance of the oceans as a source of life. Let’s spread the message in as many ways as we can; words, music, sign language, pictures, that we do indeed need to turn the tide.”

“During a spell as a student in Sheffield, I so missed the sea. We often take things for granted when they’re on our doorstep and it wasn’t until I couldn’t just pop there in a few minutes that I realised how much I missed just sitting, watching, and breathing in the sea air. I believe that being at the beach and watching the sea has healing properties especially for our mental health and this has become more evident as we’ve lived through the Covid Pandemic. The song made me think about how much we as humans have taken our oceans for granted and not valued them by dumping endless plastic and chemicals into them. We need to educate coming generations to avoid making the mistakes we have made and make amends for all those years of bad management. Every time I see images of a sea bird or creatures with plastic wrapped tightly round them, it makes my heart weep. We all must take ownership of the wrongs that have been committed and ensure it is stopped. A beautiful song with a beautiful message”.

“Being part of a global team of creatives, collaborators and scientists for the Song of the Ocean global virtual project this year has been a pleasure. It is remarkable that even through challenging times that people from across the world can collaborate, sing together as one and raise the awareness of the pollution of our oceans.

It has been a real privilege to be part of this extraordinary project and to have been given the opportunity to produce a short video for the Deep Ocean Stewardship Initiative (DOSI). Like in Grahame Davies’s text accompanied by Royal composer, Paul Mealor’s music, I hope that you too are taken on a journey whilst watching this inspiring video about our oceans and the fauna and flora that thrive in it.”

“It was such a privilege to be part of this wonderful project by conducting the music for Song of the Ocean. I hope it will help people understand the difference we can all make, and the important part which music can play in achieving this.”

The Song of the Ocean

We mapped the endless oceans,
and gave each one a name,
as though the tides which gave us life
were something we could tame.

So let us take a journey,
and this time let us learn:
there’s a web we need to weave again,
a tide we need to turn.

From tiger shark to tardigrade,
from chlorophytes to krill,
We found a million forms of life,
a million ways to kill.

Let O2 speak to H2O
and let us understand:
there’s wisdom in the waters.

The owner of the copyright in the recording and the performers in it permit the recording to be used free of charge for non commercial purposes related to the promotion of health and of the environment.  Anyone who is interested in using the recording for other purposes should contact Hannah Sharman in the first instance. Music © Copyright 2020 Novello & Company Limited

Song of the Ocean is published by Novello & Company Limited, part of Wise Music Group © 2020

Without the generosity of our partners, we would not be able to carry out this important UN Ocean Decade activity. We would like to thank:

Song of the Ocean is an official UN Decade Activity 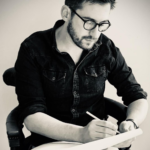 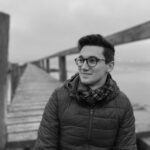 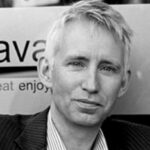 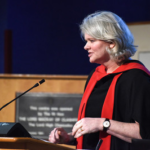